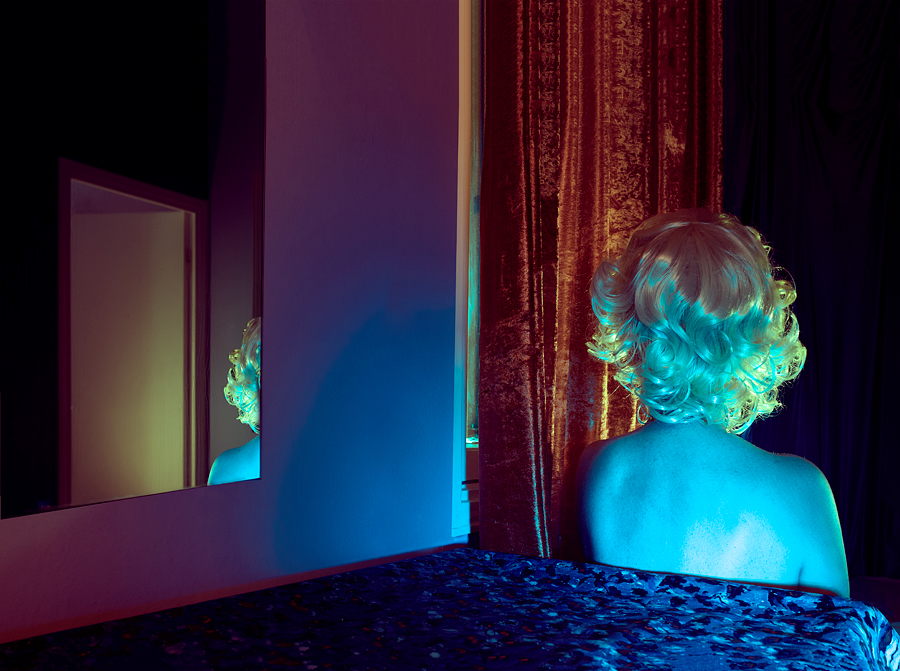 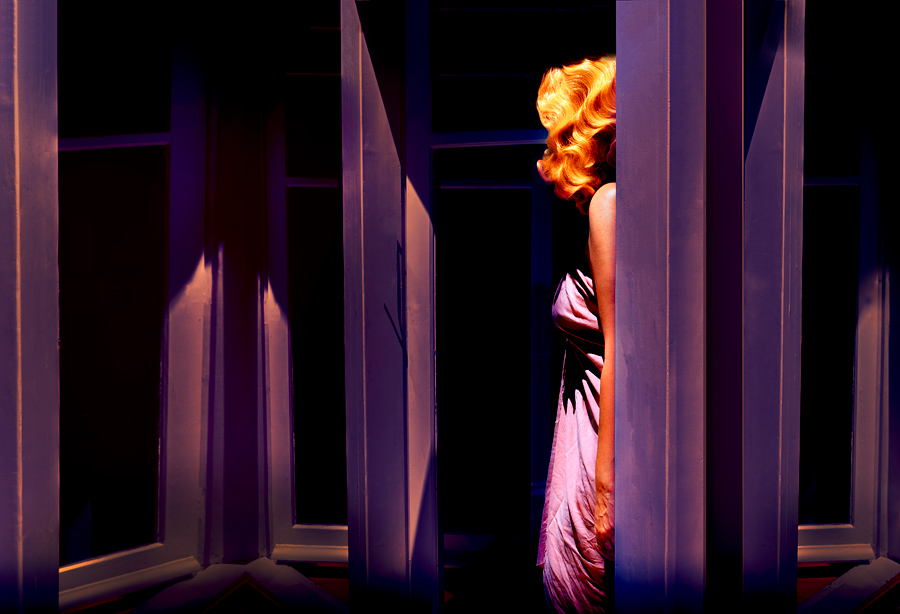 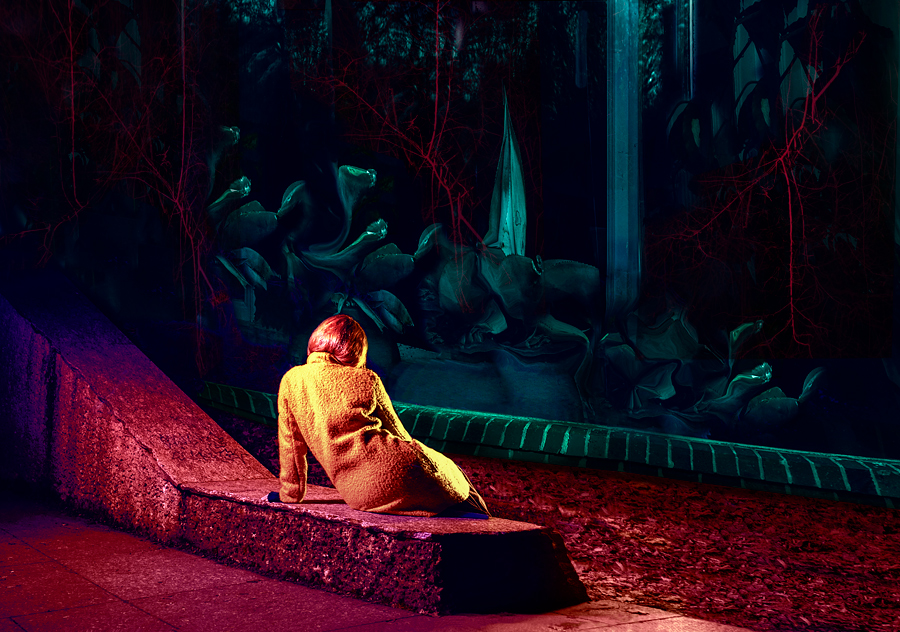 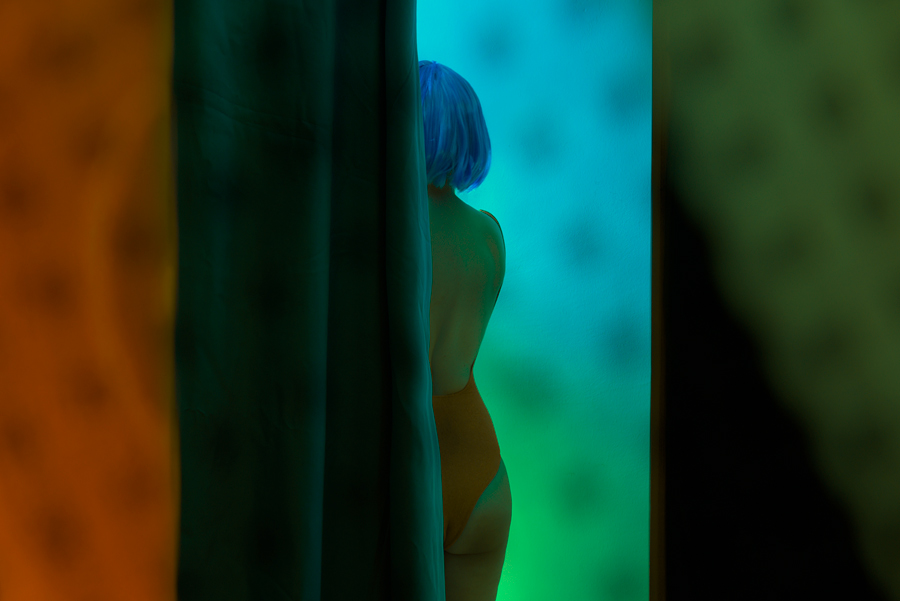 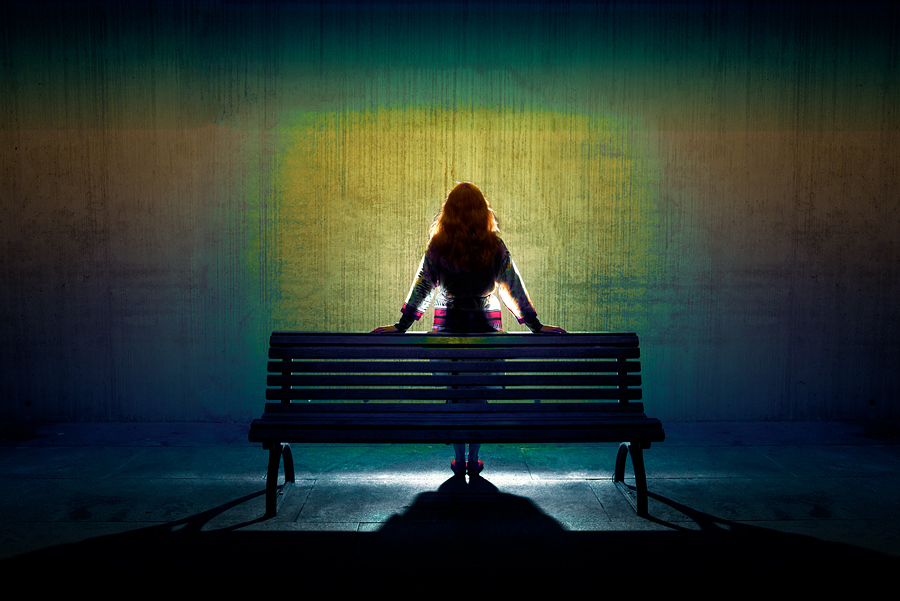 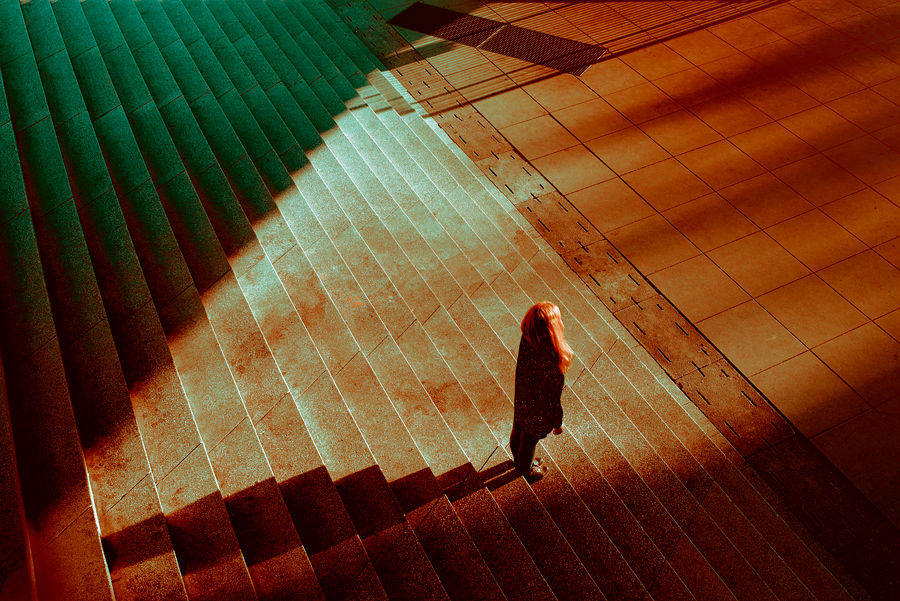 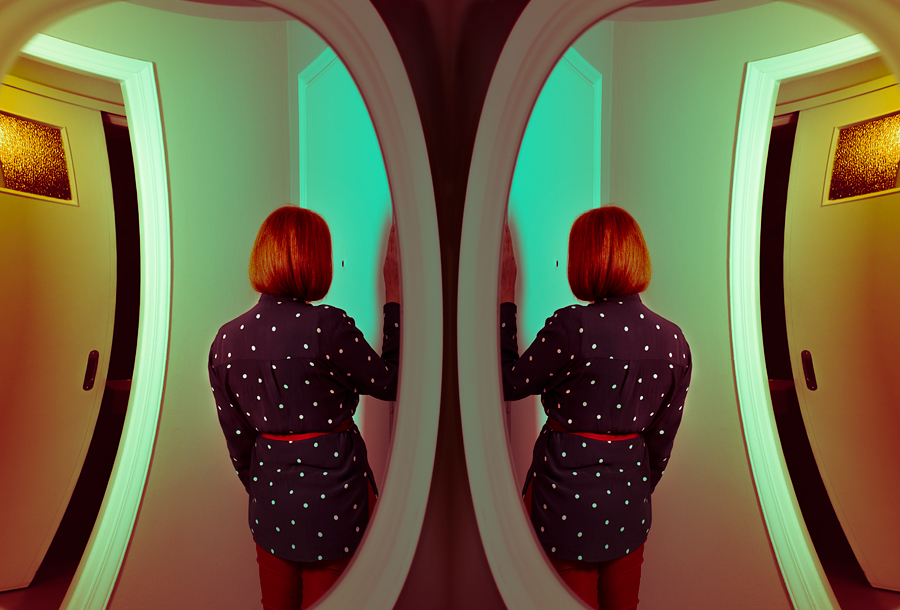 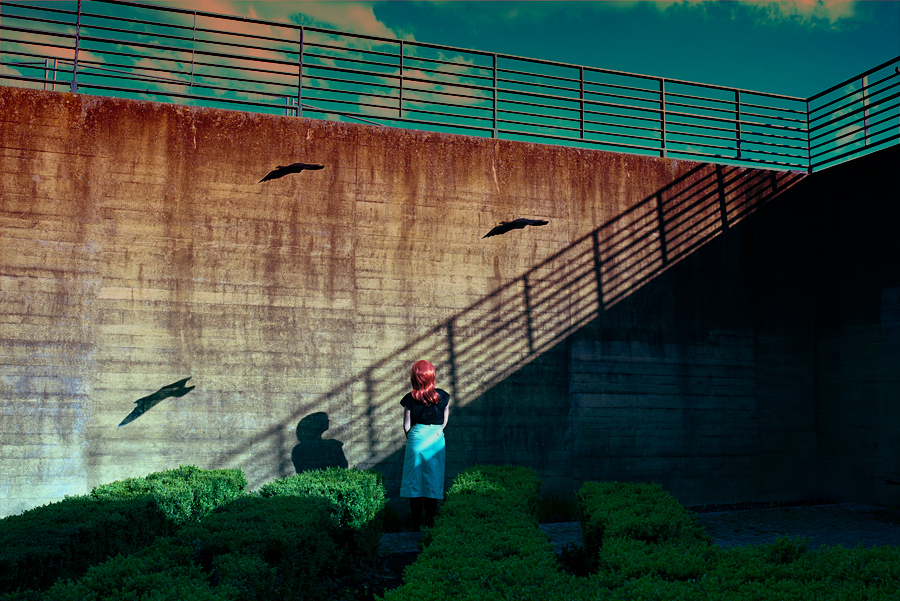 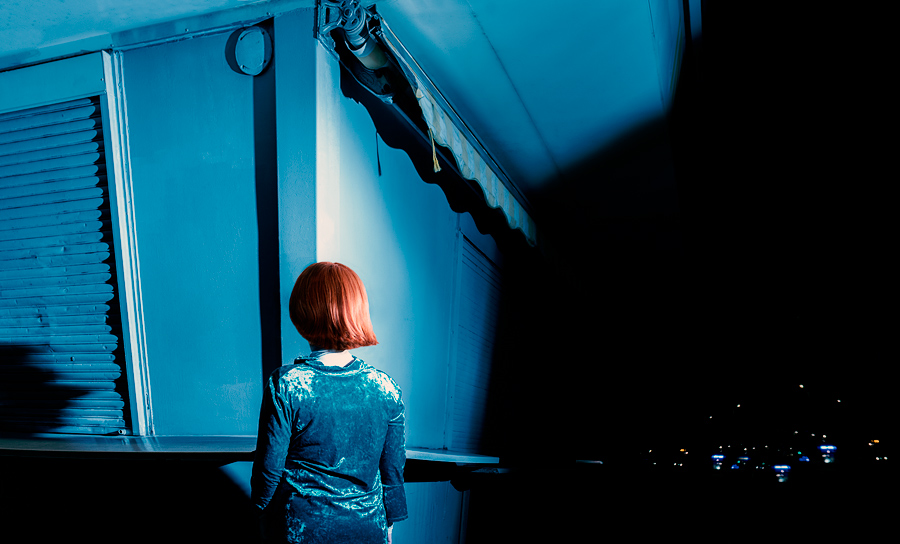 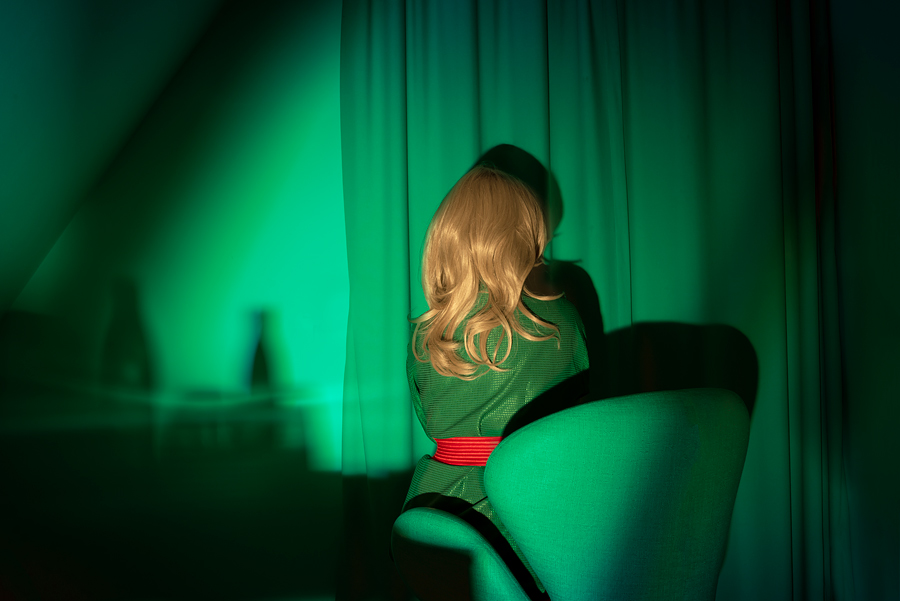 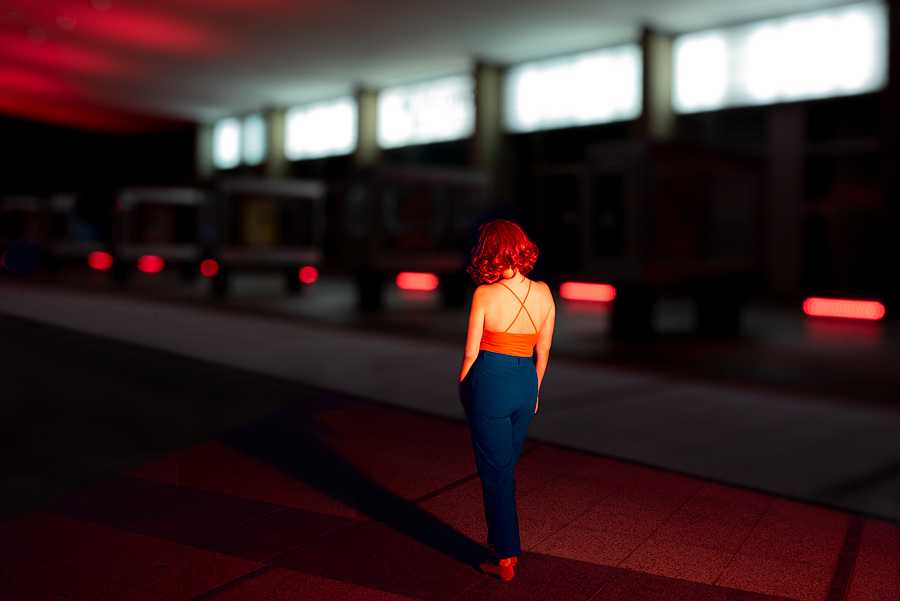 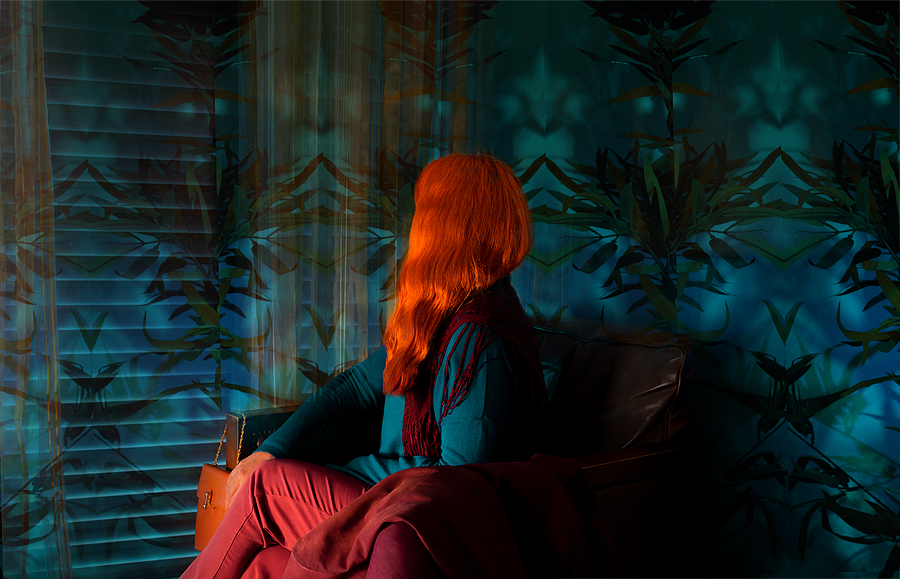 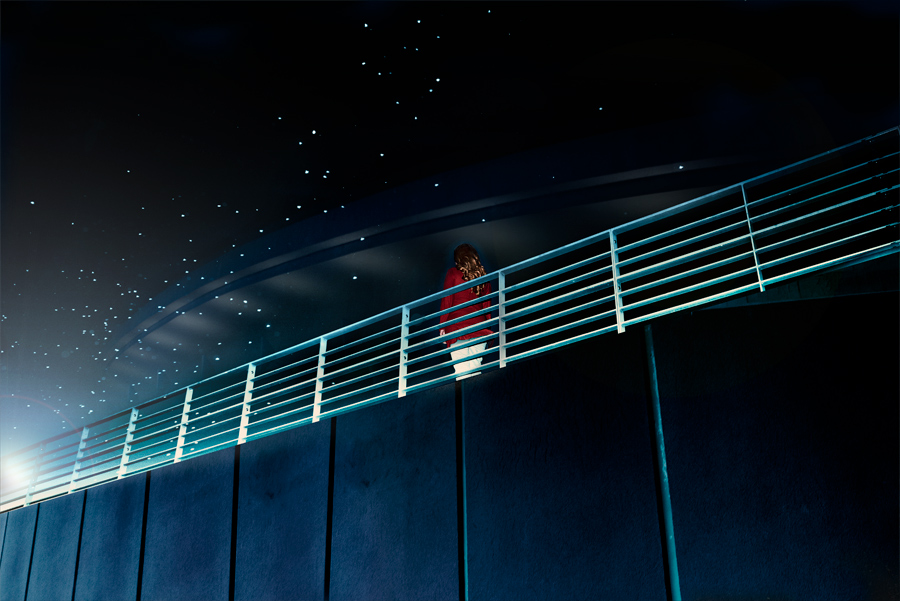 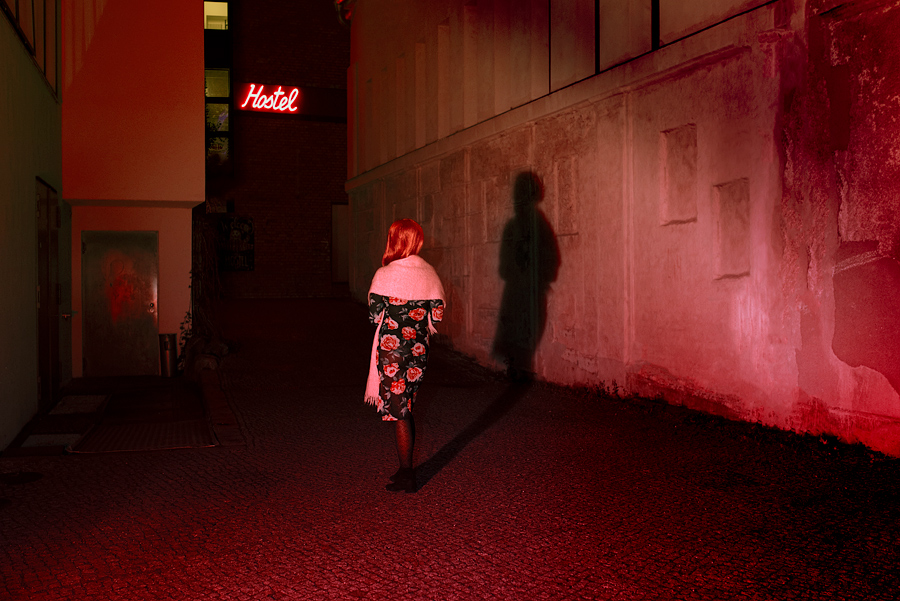 Interlude in Blue is a series of self-staged portraiture touching upon themes of loneliness, isolation and alienation while dealing with ideas of beauty, fantasy, theatricality and reality. This series of portraits is a journey exploring physical displacement, urban loneliness as well as social and psychological dislocation. Individual aloneness, absence of connection, self- estrangement and the mood of an eerie stillness, all instill an intrinsic sense of solitude.

While being particularly interested in representing the fissure that exists between the individual’s identity and the social reality, I also sought to engage the viewer in the beauty of reverie and self- absorption. The unidentified female character invites the viewer into a dialogue between the visible and the invisible, the scenographed and the real. Through the arrangement of cinematic light and vivid juxtapositions of colours, I aim to enhance the peculiar equilibrium between reality and fantasy and create an otherworldly atmosphere.